Born in Vienna, Austria, Francis Mechner received his doctorate from the Columbia University Graduate Faculties of Pure Science in 1957, and remained on the teaching faculty until 1960. His professional activities and publications have been mainly in educational technology, education training, learning theory, and research in the behavioral sciences.

In 1965 the U.S. Office of Economic Opportunity hired Basic Systems to establish and operate a Job Corps Training Center in Huntington, WV, based in part on a design for a residential training center that Mechner developed in 1964 under a contract with the state of Massachusetts. It subsequently served as one of the models for the nationwide network of Job Corps Training Centers created under the Economic Opportunity Act of 1964. Mechner worked in curriculum innovation as a consultant to UNESCO on projects to upgrade secondary school physics and chemistry education in South America and Asia from 1963 to 1965 (for more information, see the book chapter Some historic roots of education reform).

In 1970 he worked with the Carnegie Corporation’s Children’s Television Workshop in the original design of Sesame Street. From 1968 to 1973, through his company UEC Inc., he created educational daycare systems for state agencies (Pennsylvania, Georgia, Alabama, and Nebraska, with active endorsement from the U. S. Department of Health Education, and Welfare), and founded the Paideia School in Armonk, NY, where he originated the Paideia Individualized Education (PIE) model, currently implemented and advanced by Queens Paideia School (founded 2009). In 1971 Dr. Mechner testified before the U.S. Senate Finance Committee hearings on behalf of the Comprehensive Childhood Development Act of 1971 regarding the long-term impact of early learning and his PIE approach.

During 1963-1978 Dr. Mechner created hundreds of large-scale managerial and supervisory training systems for corporations and government agencies. The European Organization for Economic Co-operation and Development commissioned and then distributed to their member states a document on Mechner’s manpower development technology. Brazil and several other countries then adopted this technology for their manpower development programs. Mechner’s work with databases and information management systems dates back to his days at Basic Systems and then Xerox Learning Systems, when he began the development of STACKS, a computerized information storage and retrieval system and search engine. From 1975 to 1977 he worked to implement STACKS with the Brazilian Government agency Instituto de Pesquisas Technologicas.

Mechner acquired his business management experience through the 11 innovative technology companies he founded and built. Most of these enterprises commercialized innovative technologies that Mechner and his staffs created, and provided Mechner with the means to fund the work of the Mechner Foundation. For a more detailed account of Dr. Mechner’s career in education and the behavioral sciences, see the book chapter Some historic roots of education reform.

Mechner’s theoretical work included the development of a formal symbolic language for codifying the logical and temporal relationships between acts and consequences in such diverse disciplines as economics, sociology, law, psychology, education, and biology. Another of his life-long interests is the scientific analysis of aesthetic responses, an interest that grew out of his earlier immersion in the arts: he is an accomplished painter, musician and pianist of concert caliber.

At one time Mechner was heavily involved in lepidoptery. At age 19 he achieved a Master rating in chess (Elo 2236) and later a 5-dan rating in Go. He is fluent in German, French, Spanish, English, and Portuguese.

*Basic Systems, Inc. was purchased by Xerox Corp. in 1965 and became Xerox Learning Systems (XLS). XLS turned Basic Systems’ flagship program Professional Selling Skills (PSS). into the most widely used training system of all time, grossing more than $50 million per year for decades. This enabled Xerox to sell XLS for $117 million, to the Los Angeles Times Mirror in 1985, which renamed it Learning International and continued to market PSS with great success. 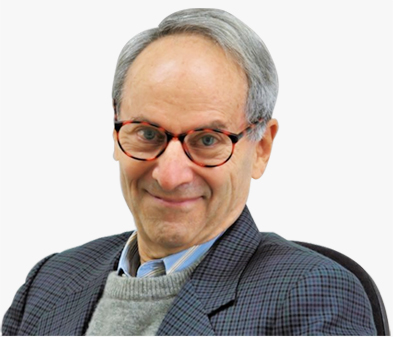